COFI facilitates the use of general state and tuition funds while maintaining reserves in more flexible funds.

In the past, campus budget allocations to units were processed using the same fund number as the original fund source. Fund balances remained in, and were managed by, the unit. Under COFI, all current and future allocations from central resources are associated instead with a single common fund. Units continue to manage the allocations and retain fund balances as they did prior to COFI implementation. Central campus assumes responsibility for transferring expenditures from the COFI fund to the appropriate legacy funds. 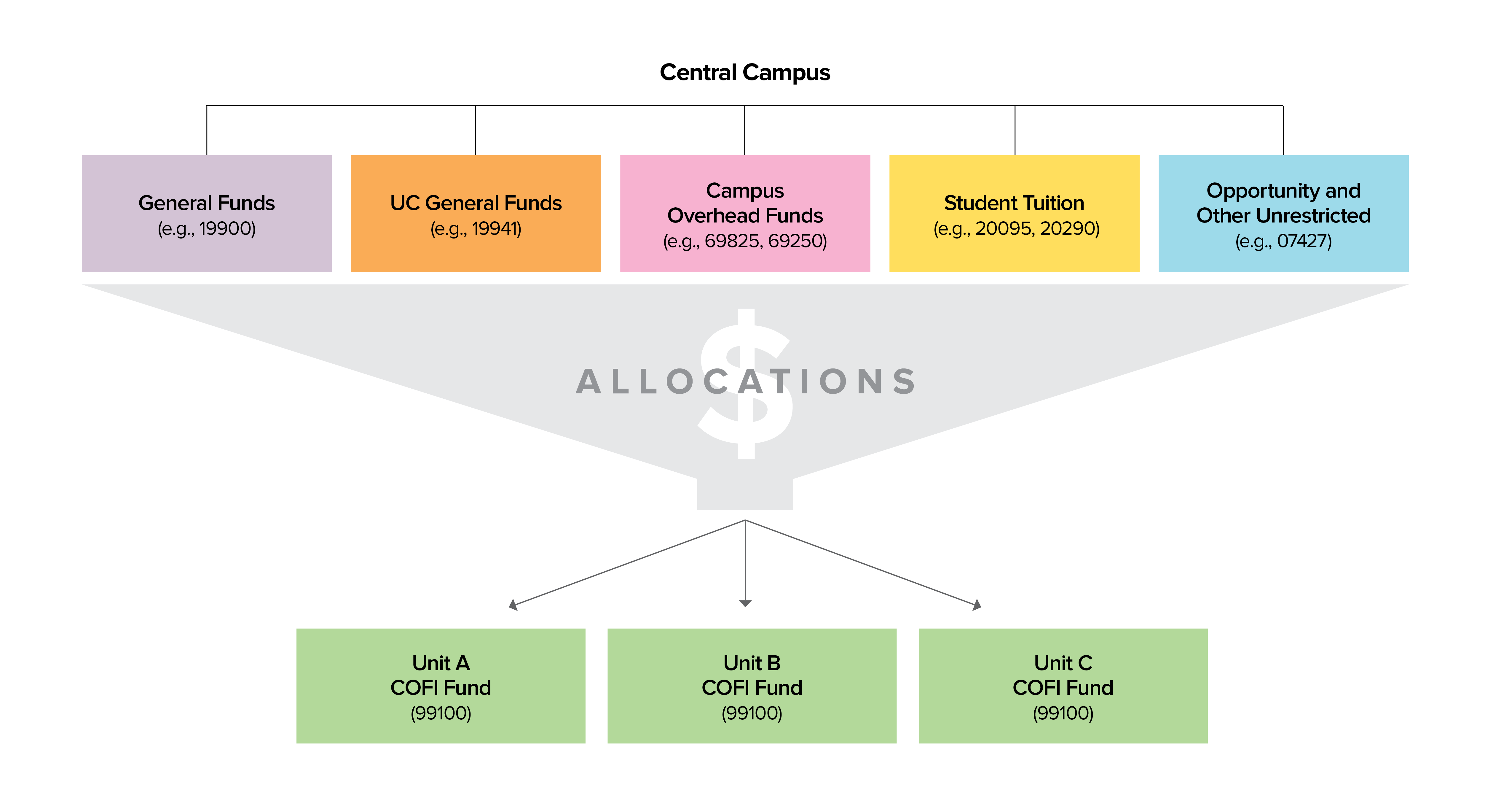 COFI focuses on campus funds that support core academic activity and general institutional operations. It does not change budget decisions, result in budget reductions, or change budget allocation methodologies or information provided about allocations. It simply allows for the processing of existing and future campus allocations and commitments to campus units in a single common fund. COFI does not involve funds with externally imposed restrictions, such as contracts and grants, private gifts, and endowment earnings. Also excluded are the Health System, auxiliaries, student fees and self-supporting programs.

Units do not have to consider fund restrictions (e.g., purchase of alcohol, travel to banned states, etc.), as those distinctions are addressed centrally. They do, however, maintain responsibility for ensuring that expenditures are reasonable and appropriate, completing all required ledger reviews, and properly recording all expenditures with the appropriate Object Code.

In the years prior to COFI implementation, campus fund balances had come under increased scrutiny by UC Office of the President (OP) and the Regents. It was critical, therefore, that we established practices that facilitate the use of general state and tuition funds first and maintain reserves in more flexible funds. In FY2016-17, UC San Diego implemented a process for allocating funds to units in a single common fund and maintaining responsibility for managing central fund balances at the campus level. The Common Operating Fund Initiative (COFI) at UC Davis is based on this model.